my memoirs: jobs
Previous
Next

My Time as Head Barman in a Country Hotel 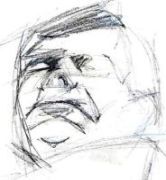 Quite often he met up with his drinking companion Donald and the two of them would slowly and quietly get drunk, spending the afternoon gently philosophising, and sorting out the world’s problems. Usually their lack of money would bring the session to an end, but occasionally Donald would fall asleep, Dickie would return to his cottage in the Forest, and I would have to deal with Donald. When he eventually woke up he would be grumpy and difficult and brusquely demand a Prairie Oyster to help him sober up, a Prairie Oyster being a tomato juice with a raw egg in it. Well, it is in this country, but don’t ask for one in Canada because you will be served a dish made of bull’s testicles.

There were occasions when money wasn’t a problem for them though. This being the season for them, pheasants were in plentiful supply and were often on the menu. And if there had been a shoot the hotel might well end up with a dozen or two – which all needed to be plucked.

It was my job to keep them topped up with free Guinness and I remember one occasion when I went in and there were no lights on, but the afternoon sun was flooding the scullery, casting a strong light on the table where they were sat, and on the birds lying on the table, but especially on the two of them: like a Caravaggio painting, the scene was a picture cast in dramatic chiaroscuro. The air was full of pheasant feathers slowly floating on the draughts. Naked birds on their left and still-feathered birds on their right, they were plucking a bird each but, it seemed, in slow motion. The whole picture was one of gentle movement, and the table, the birds, the two of them, and the floating feathers were glowingly bright, with the rest of the scullery in dark, warm shade. I stood and looked, but for how long I don’t know, becoming part of the picture. I went back to the bar and spent the rest of the day almost separated from reality, hardly hearing what anybody said.

Not all the birds that were eaten were shot though. I was out with the Major one morning, in his mini-van, when he hit a pheasant. He stopped and we both got out only to find the bright and beautiful cock still alive but badly injured. He said, “we had better kill it then” and waited for me to do something. I said, “I can’t kill it” and he said, “Neither can I”. So we drove back to the hotel with the pheasant sitting on my lap and looking out of the window, with some interest, I thought, at the passing countryside. When we got back we drove into the hotel yard and I got out still holding the bird. My course of action would have been to take it to the vet but the milkman was in the yard and said to me “Do you want that killed?” “Yes please”, I said and handed it over. Placing it under his arm he gripped the head and with a quick twist the bird was dead. He handed it back to me, its head hanging limply, and said, “Hang on to it for a bit ‘cos its wings’ll keep flapping” and I carried it into the scullery, my hands over its wings. Eventually it ceased its flapping and I put it on the table. The pheasant was now well and truly dead. It was hung in one of the outhouses for a few days and then the major and I had it roasted for dinner one quiet evening. He treated us both to a fine bottle of red burgundy, and to finish, a late bottled vintage port and some very ripe and creamy stilton. This was the first time I had had any of them, but they gave me the taste for things that at the time I couldn’t afford.

Dickie and Donald might have been pheasant pluckers but Eccles Cleaver was a turkey plucker. A weekend visitor to the Tap Room, and the youngest of the family that was always with him, he was a tall strong lad who always said he could pluck a turkey in 15 minutes - but a lot quicker if the turkey was dead. He wasn’t only a professional plucker though, he was a professional - and champion - marrow-dangler, marrow-dangling being an ancient pub game played since mediaeval times. As everyone knows, when archery was no longer needed it came indoors and became darts. What very few people know is that table skittles came indoors as a mini-form of the much older, and now largely forgotten, game of marrow-dangling. With table skittles there is a small pole, about two feet high, with a wooden ball hanging from it, and a small square in front of it with nine skittles arranged on it which players are required to knock down by swinging the ball at them.

The rules of marrow-dangling are, as far as I can remember them:

There is a pole about 20 feet high on the village green with a marrow dangling from it at approximately head height. The game involves two teams of six people. Around the base of the pole there is a circle inscribed big enough to allow for the six people from one team to be stood, equidistant one from another. Each of the six members of the other team then takes a turn at swinging the marrow around the pole so that it strikes as many of the various members of the opposing team as possible, upon which striking action the team member so struck is required to fall to the ground. (Mind you, I don’t think they have a lot of choice, the marrow being a fairly hefty object.) Upon completion, the two teams exchange places one for the other. Should there be a tie, then the whole play shall, of course, be repeated until such time as there is a difference in the scores or until such time as each and every one of the members of one of the teams is either incapacitated or has surrendered.

Eccles memorably appeared on Blue Peter, demonstrating his skills as a marrow-dangler, along with his dangling colleagues, of course. For whatever reason, the Blue Peter technicians didn’t want to use a real marrow so they made a makeshift affair from a short length of drainpipe covered in padding with a leather cover. Unfortunately, John Noakes received a blow from this ‘marrow’ and was knocked unconscious – or so I was told.

Perhaps not surprisingly, given the eccentricity of the inhabitants, there were a few television and radio appearances around this time involving various characters I knew. A BBC radio programme called Down Your Way was a comfortable little half-hour of a different presenter each week getting to know a locality and its locals. Brian Johnson I think it was who interviewed a customer of mine, Arthur, about keeping ferrets and using them for catching rabbits. We sometimes had rabbit "back of house” in the hotel and very occasionally it was on the menu in the restaurant, but usually hidden in a game pie.

Bite-size chunks of a couple of Arthur’s rabbits were served at my leaving party in February. I had been at the hotel through Christmas and the New Year – and survived – but the hotel was fairly quiet in the early part of the year and I felt it was about time to leave. Dickie and Harold took it upon themselves to arrange the party, Dickie asking the Major’s wife if she would make the sandwiches and cook the rabbits, whilst Harold said he was going to arrange a special dish which he knew I would like. Harold owned the transport café on the A4 where you could buy – and sell – just about anything. He came in on my last night with a container which he placed with great ceremony on the bar, explaining that somebody had been to Tubby Isaac’s stall in the East End of London and brought down with him some jellied eels, especially for me. I would eat anything but the one thing I couldn’t eat, under any circumstances, was jellied eels. When I was young my grandfather, who lived with us, used to buy live eels from the open-fronted fish shop in the town and chop them up, still alive, on our draining board. I ate some that had been ‘jellied’ and was horribly sick. I made a good pretence of eating the ones that Harold brought, but surreptitiously disposed of them in the slops bucket under the bar. That was the only bad thing about my party. Most of my regulars were there, drinks were drunk, stories told, conversations held, and there was lots of laughter. Dickie and I spoke enthusiastically about meeting up again and it was well after closing time that people gradually made their way home - and I went up to the skivvy’s room for the last time.

Dickie and I never did meet up. My last sight of him was on an edition of Omnibus that was centred on the nearby market town. Omnibus was the BBC’s arts documentary programme at the time and the producer had wanted to involve Tariq Ali in some way (remember, this was the 1960s), presumably to be provocative. Well, he was certainly that because the fine upstanding folk of the town kicked up a stink and said ‘we’ll not have that bloody Bolshie in our town frightening the horses’ so they didn’t, but the BBC went ahead with the programme nevertheless. I shall never forget the sight of Dickie, sitting in the branches of a tree in the Forest where he had lived, gently speaking his poetry in that lovely musical voice of his. I saw the programme a few months after I had left the hotel - and not long after Dickie had been found dead, too young, in the Forest he loved.
Next
Previous