my memoirs: unclassified
Previous
Next

I first became aware of the feelings of mysticism when I was in my teens at school. Firstly by discovering Walt Whitman one quiet afternoon in the library and then when I discovered Buddhism. But it wasn't until I purchased a paperback called, simply, Mysticism, when I was in my late teens, that I knew it for what it was. The book was written by F. C. Happold and was in two parts, one of which was an anthology of mystical writngs. When I read some of these, notably the Richard Jefferies piece, it all seemed to fall into place.

What follows is the text from the special study I was required to do as part of my art finals at Trent Park.

'This special study was intended originally to be nothing more than a direct visual comparison between the human figure and elements of our natural environment – the sort of comparison that might be expressed verbally in such statements as, “look at that breast, and that rock, how similar” or, “the gnarled and twisted trunk, like bodies in a grotesque orgiastic embrace”. When expressed in this way the banal nature of the idea is all too evident. Any attempt to equate the figure and the landscape in this way would certainly have been superficial, and therefore meaningless, and would probably have become contrived in its efforts to force upon the viewer a fanciful similarity. At the same time, however, I realised that I had chosen this subject because there was something more than just a visual similarity. It was not my choice of subject that was wrong, but my approach.

I realised that my original idea seemed to imply that figure and landscape are essentially separate but somehow, in a vague, interesting kind of way, visually similar. Yet this is the very antithesis of what I feel – figure and landscape are not separate, they are one; not in their physical ‘reality’ of course, but in their essence. Their separateness arises only from their being, quite simply, different expressions of this one essence. It is this feeling then, that I have tried to express here; so there are no direct visual comparisons, but a selection of drawings that, for me, express something of this feeling of essential sameness; similarly the words that may be adjacent to a drawing do not necessarily comment on that drawing, but hopefully express something also of this feeling, this awareness and knowledge of the one in all things.

Having said this it might seem something of a contradiction to impose the concept of time, in the form of a chronological order, upon what I have tried to suggest is infinite. Yet I have imposed a beginning and end to emphasise that ultimately there is no beginning and end, only the eternal essence and an awareness of it; and that an awareness of it may only be achieved through first, an awareness of all things and then, an awareness that all things are finite, yet exist in infinity; and nowhere is the finity of all things expressed more potently than in the universal experience of birth and death; and nothing, more than death, inspires the human mind to achieve infinity. 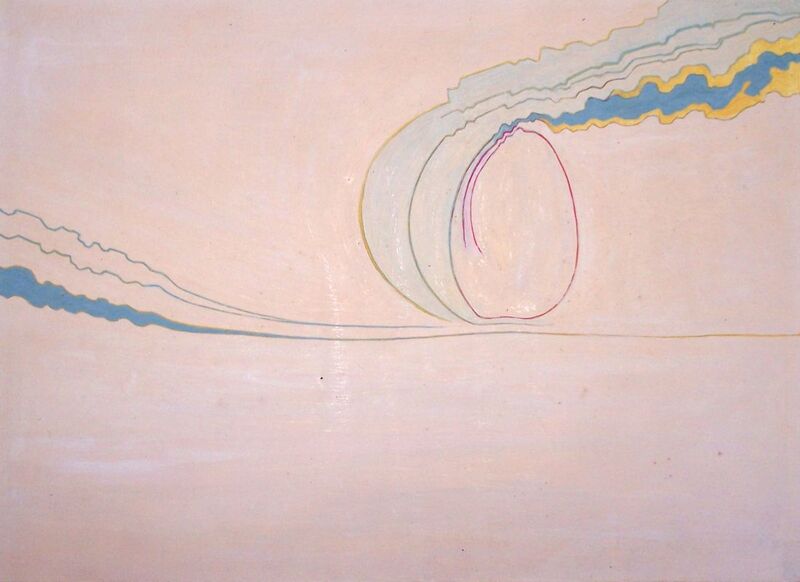